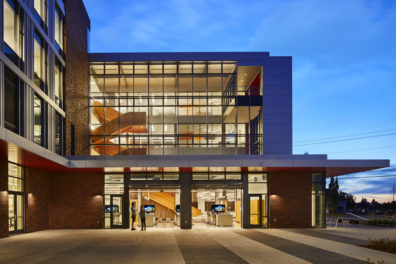 Global Campus grew by 23.2% percent this fall, an increase of more than 750 students over last year. It brings the online program, which has been in operation at WSU since 1992, to a record enrollment of 4,021 students.

After systemwide enrollment growth each year since 2013, the current total of 31,159 students gives WSU essentially a stable enrollment level following the July decision to transition all physical campuses to distance learning models for the fall semester.

“Despite the ongoing global pandemic, WSU has managed to retain the majority of its enrollment growth over the past five years and continues to offer a robust educational experience—predominantly at a distance this semester,” said WSU Provost and Executive Vice President Elizabeth Chilton. “We’ve encouraged students to continue on their path to obtaining a college degree, and it’s clear they are embracing that.”

Below are highlights from each campus.

The WSU system’s largest campus saw enrollment dip 5.1% in the midst of the COVID-19 pandemic. Enrollment this fall settled at 19,900 students with gains in minority and Washington resident representation.

WSU Health Sciences Spokane led the way across the system with a 30.8% increase in new transfer students this fall. The number of students enrolled at the Elson S. Floyd College of Medicine increased from 198 students last fall to 289 this semester.  Overall enrollment grew from 1,685 to a campus record 1,727.

While overall undergraduate enrollment was flat, WSU Vancouver welcomed a record 440 new freshmen this fall, up from 383 last year. Total campus enrollment, including graduate students, dropped just 2.3% to 3,504. The campus leads the system in first–generation enrollment, with nearly 45% of its students being the first in their families to attend college.

Enrollment fell 5.4% to 1,716 students but WSU Tri-Cities, the most diverse campus in the WSU system, saw the number of first-generation students climb to 42.5% and female students to 60% overall. Facing earlier projections of potentially deeper declines, the campus provided a series of academic resources and other assistance that aggressively engaged students and is credited with the better-than-expected outcome.

The number of undergraduates, including former students who return to complete their WSU degrees, has increased. Enrollment in WSU Global’s business program alone increased by more than 50 percent, from 796 students to nearly 1,200.