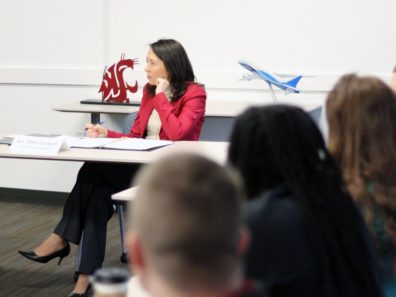 This year’s awardees are bipartisan, bicameral, and include:

“These policymakers are tireless advocates for America’s scientific enterprise and for robust, predictable federal investment in fundamental science research,” said Lauren Brookmeyer, President of The Science Coalition. “Their leadership and unwavering support of funding for the nation’s research universities and key federal research agencies advances our nation’s ability to stay competitive globally and drives the next generation of life-changing discoveries.”

Since 1999, more than 100 members of Congress have been recognized with the Champion of Science Award for their efforts to secure federal funding for fundamental scientific research – through their voting records, bill sponsorships, letters of support, or other activities aimed at boosting scientific discovery. Awardees were selected both for their support of research institutions and their tireless efforts to ensure fundamental scientific advancement across all disciplines.

About The Science Coalition

Established in 1994, The Science Coalition is a nonprofit, nonpartisan organization of more than 50 of the nation’s leading public and private research universities. It is dedicated to sustaining the federal government’s investment in basic scientific research as a means to stimulate the economy, spur innovation, and drive America’s global competitiveness.