The Joint Center for Deployment and Research of Earth Abundant Materials is a Washington State University Everett-housed research unit. Visit the research unit’s website at jcdream.org. 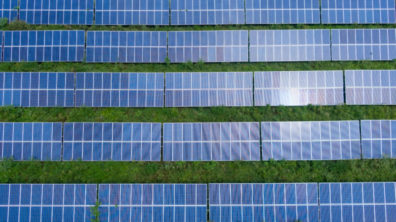 Solar is a frequent topic when discussing the world’s clean energy future. Inexpensive renewable electricity from solar is foundational to other carbon-reducing technologies, alternative fuels, and storage options. Data shows that deploying renewables as the primary energy source on the grid and supplementing peak times with fossil fuels can reduce fuel costs and carbon emissions significantly.

There is understandable resistance to change in the utility industry – decades of infrastructure have been optimized for existing energy sources and adding renewables would require adaptation for those sources and the grid system at large. While the outlook on solar energy is very positive, there are significant obstacles to overcome before grid-scale implementations can be the norm.

Cost is one of the biggest success factors for solar in the US. To date, the US solar industry has thrived on significant subsidies and policy support. As a result, experts have expressed doubt that renewable sources would be able to compete without those subsidies. The most recent data speaks differently: by the end of 2019, the levelized cost of energy (LCOE) for renewables was falling fast and competing with traditional sources even without subsidies. Forbes explains, “Utility-scale renewable energy prices are now significantly below those for coal and gas generation, and they’re less than half the cost of nuclear. The latest numbers again confirm that building new clean energy generation is cheaper than running existing coal plants.”

In 2017, the National Renewable Energy Lab (NREL) conducted a study on integrating large amounts of wind and solar into the existing electric power systems in the Western US. They found that integration of 35% wind and solar energy would reduce carbon emissions by 25%-45%, fuel costs by 40%, and system-wide operating costs by up to 14%. The transition would result in a potential 2%-5% operating cost increase for the fossil-fueled plants that would stay deployed to manage the intermittent nature of solar and wind.

In many states the cost of solar-generated energy is already less expensive than existing grid energy, reaching the inflection point of grid parity. But it’s likely that solar energy will have to far surpass grid parity to fully displace fossil fuels at grid–scale. Raj Prabhu of Mercom Capital Group explains: “Reaching grid parity in itself does not automatically make solar the front–runner. Many countries and regions have reached grid parity but have struggled to manage the intermittent nature of solar and the grid issues that come with it…Reaching true grid parity will be when solar is financially viable after including the cost of power infrastructure or when the combination of solar-plus-storage reaches grid parity.”

In 2018, NREL conducted a benchmark study of solar-plus-storage that helps to inform where the grid parity level could be for those systems. Based on NREL’s data, storage systems are price competitive with traditional fossil-fueled peaking power plants up to the 4-hour mark.

Energy storage adds a significant level of effort and expense to the way we develop and deploy solar at utility-scale. Storage is the only foreseeable way that renewables can meet 100% of the energy demand on the grid without any assistance from fossil fuels.

The most common storage deployment involves lithium-ion or lead-acid batteries. Each of these has its unique challenges and cast a shadow on the idea of solar. Lithium batteries carry cost, critical materials, degradation, and recyclability challenges while lead-acid batteries suffer from a limited depth of discharge, cycle life, and efficiency.

Even if battery storage is not yet scalable to the massive level of the full power grid, there are other options in development as well. Energy storage is possible through thermal storage, phase change materials, hydrogen, and other low-carbon fuels. Research into these alternatives will rely on low-cost renewable energy integrated into the grid.

The excitement of grid-scale solar always gets more complex when followed up with the reality of storage. This theme carries through when we consider the materials and supply chains used in these energy systems. Solar cells and storage batteries each use several critical materials, and their respective lists are very different. The most common solar cells on the market use indium, known for its usefulness as a semiconductor. Indium is produced mainly as a byproduct of zinc, and to a lesser extent as a byproduct of copper, tin, and polymetallic deposits from mineral ores containing less than 100 parts per million (ppm) (or less than 0.01%) indium.

To date, demand for indium has been considered fairly small despite its widespread use in electronics touchscreens and photovoltaics. NREL estimates that “New, widespread use could dramatically alter overall demand, which could grow faster than production capacity for up to about a decade, given the length of time needed to significantly increase production capacity. During this decade, indium prices could be high and volatile enough that thin-film manufacturers find it uncompetitive compared to competing PV materials.” With clean energy proponents hoping for solar on the grid and continued innovation in photovoltaics, this capacity issue is imminent.  It then points directly back at the cost issues discussed earlier since solar’s success will be heavily dependent on cost competition.

The next frontier in the photovoltaic market is multijunction solar cells. Multijunction cells have already doubled the efficiency of solar generation and exhibit the potential to nearly quadruple it. Unfortunately, multijunction cells are not commercially viable due to the high cost of production. If indium prices were to soar, high-efficiency multijunction (MJ) devices would be even further from viability. In addition to indium, MJs rely on the use of other semiconductors containing gallium and germanium which are subject to the same type of market volatility due to their status as companion metals that can only be sourced as byproducts.

The economic indicators of indium, gallium, and germanium point to costs increasing as demand rises. While these materials enable high-performance photovoltaic technologies, they are also obstacles on the path to grid-scale implementation. In order to overcome these challenges and move toward grid-scale renewable solar energy, research and development of earth-abundant alternatives to these critical materials are crucial.

University of Washington’s Professor J. Devin MacKenzie has been researching one such alternative to indium. With the help of a 2019 JCDREAM grant, MacKenzie and the Washington Clean Energy Testbeds were able to purchase and install an ultra-high-resolution printer capable of printing transparent conductors. They have developed a conductive film using earth-abundant copper that can outperform indium tin oxide in photovoltaics.

If scaled, this type of technology could help to circumvent the criticality issues of indium and create a more secure supply chain for solar cells. While it would be nice to believe that there is no limit to how technology can advance clean energy, we must address the very real constraints of the critical materials that power many of these innovations. The earth-abundant materials research of today will be instrumental in ensuring that critical material shortages don’t impede our progress in the not-so-distant future.