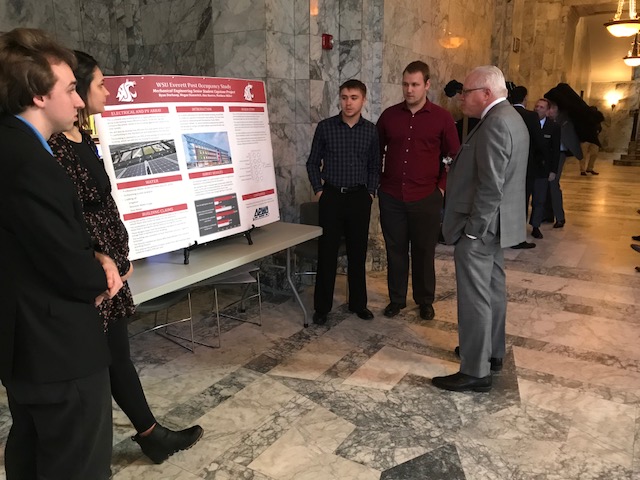 Their senior capstone project has attempted to test whether the recently opened academic building on the campus has been as energy and water efficient as hoped and recommend improvements.

Building efficiency amenities include a rooftop solar array, the utilization of rainwater for use in and around the building to reduce the amount of water drawn from the municipal water system and the utilization of excess heat from the data center to augment building heating systems. 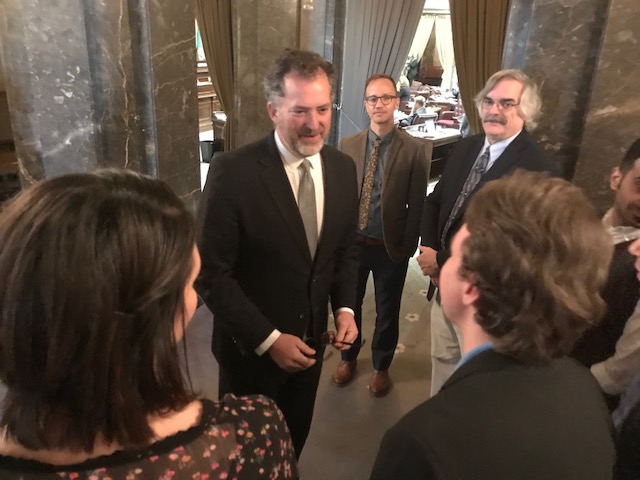 The students are making use of hundreds of different data points to determine whether the building is performing as advertised. Early indications are positive.

In addition, students are studying the merits of utilizing a neural network to incorporate a form of artificial intelligence to predict when energy use could be curtailed. For instance, a heated classroom may need to be cooled once it is filled with students. But if class time were anticipated heating and cooling costs could be mitigated. 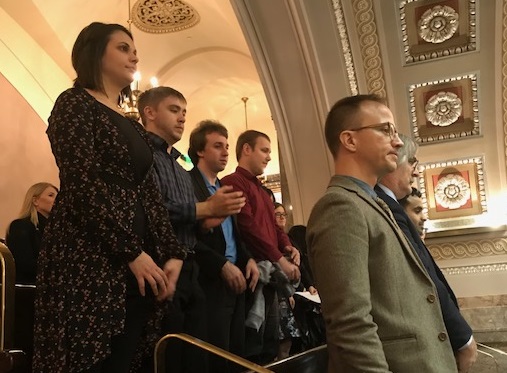 Students started their day with a welcome from Lieutenant Governor Cyrus Habib in the Senate Rules Room. They then took to the Senate gallery to watch the Senate take up Senate Resolution 8683 to recognize undergraduate research. You can view video of the proceeding below.

They then made a quick visit to the Senate wings where they were greeted by Sen. Kevin Ranker, the chair of the Senate Higher Education Committee and resolution sponsor. From there they took their posts in the rotunda, answering questions about their research from legislators, lobbyists and other passers by.

Video of Senate Resolution 8683 can be viewed at this link.