“WSU is educating the next generation of advanced manufacturing and aerospace professionals – right here, in Everett,” WSU North Puget Sound at Everett dean Paul Pitre told KING 5’s Glenn Farley. “Students can fulfill general education requirements by taking their first two years of courses at any community college, and then finish their degree by enrolling at WSU in Everett for their junior and senior years.”

“What we’re learning, what we’re doing, where we’re learning and who we’re talking to will put us into the workforce,” said WSU North Puget Sound at Everett senior Blaine Liukko, who has already drawn interest from local employers. He is part of a team of WSU students in Everett who built a Mars Rover to compete in a global competition.

“Boeing tells us that 48 percent of its current Washington workforce will be eligible to retire by 2020,” said Alex Pietsch, WSU associate vice president of corporate relations. “More than half of the Boeing Company’s global employment is located in Washington state. We have a supply chain here that’s 1350 different companies. They all have engineers, so if we’re going to hang on to the aerospace industry in Washington we need to be feeding those engineering jobs.”

Watch the story below on the KING 5 News website: 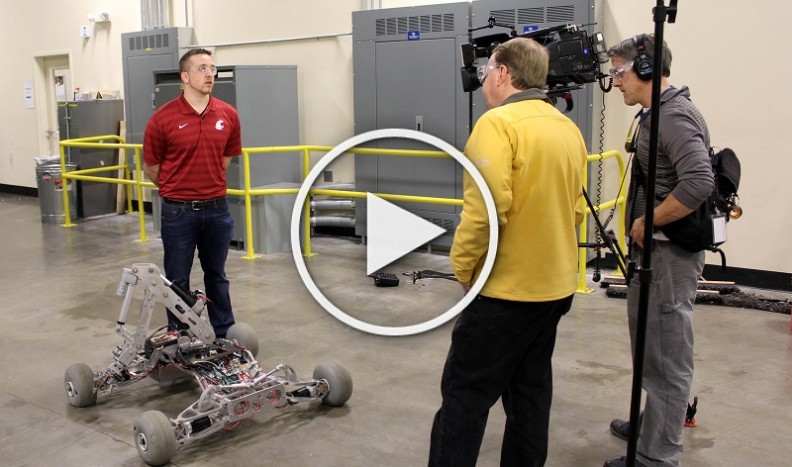