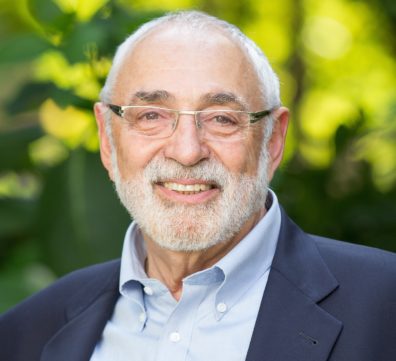 EVERETT, Wash. – May 8, 2017 – After a nationwide search, the WSU Elson S. Floyd College of Medicine has hired three new associate deans to administer medical educational programs at WSU’s clinical campuses. At WSU’s campus in Everett, Dr. Larry Schecter will serve as Associate Dean of Clinical Campus for the college of medicine.

“Dr. Schecter has had a successful career as a physician and has demonstrated an incredible breadth of medical leadership experience,” said WSU North Puget Sound at Everett Chancellor Paul Pitre. “His local ties with the medical community, passion for educating future physicians and ability to connect with and coach medical students make him an ideal fit to establish and grow medical education on our campus in Everett.”

Schecter practiced General Surgery in Santa Monica, Calif. for 30 years. During that time, he took on multiple leadership positions including Chairman of Surgery at both St. John’s Hospital and Santa Monica Hospital. Although he was a widely recognized and respected surgeon, his love of teaching and his leadership skills led him toward larger administrative responsibilities culminating in an appointment as Chief Medical Officer of Santa Monica/UCLA Medical Center and Associate Professor of Surgery at the UCLA School of Medicine.

With the completion of his long and successful career as surgeon, administrator and leader in the medical community, Schecter and his family moved to the Northwest in 2003 when he became Chief Medical Officer of Providence Regional Medical Center in Everett, Wash. In Everett, he created a highly successful Physician Leadership Development program that was later incorporated throughout the greater Providence Health and Services System. He was the architect and leader in the development of a unique and innovative re-structuring of the medical staff at Providence Everett. He then became Chief Medical Officer of the Western Washington Region of Providence.

Schecter has received numerous teaching awards and his experience teaching has proven to be the perfect foundation for his most recent career transition to professional coach. The combination of teacher, mentor, innovator and humanist made Larry’s transition into coaching and consulting a natural evolution.

Schecter, who lives in Redmond, will start work on May 8. He will maintain an office in WSU’s new building at 915 N. Broadway, which will open this fall.

About the WSU Elson S. Floyd College of Medicine

The Elson S. Floyd College of Medicine was created to address physician shortages in communities across the state. It attracts talented students from rural and underserved communities. These students train within their communities, increasing the likelihood that they will remain there to practice medicine.

The charter class of the WSU Elson S. Floyd College of Medicine will include 60 students. In the first two years of medical, students will study foundational science for medicine, integrated with the fundaments of clinical practice. This training will be based at WSU’s health sciences campus is Spokane, but will also include six weeks of training and community engagement at the regional campuses. During years three and four, the focus on medical education shifts heavily to the clinical curriculum. Students will move onto hospital wards and into clinics to function as junior members of the medical team. Closely supervised by practicing physicians or residents, students will diagnose and treat patients. They will put into practice the basic science knowledge and clinical skills learned during the first two years.