WSU Everett students are applying what they learn in real-life projects, giving them a hands-on experience that few engineering students obtain through their education. They are getting practical experience in the fields that companies like Boeing are looking for – electrical, software and mechanical engineering. And they won’t need to look far to start their careers.

Even on a college campus, a Mars rover draws attention.

The go-kart-sized rover darts over a large rock, claws at the sidewalk with a robotic arm and rests on a lawn on a sunny day in May at Everett Community College.

Students, administrators and even a couple of campus visitors wander over to see what’s going on.

The 100-pound, remote-controlled rover is the work of the Engineering Club for Washington State University North Puget Sound at Everett.

More than a dozen mechanical engineering majors spent what precious little spare time they had during the school year building the rover to compete in an international contest featuring 30 university teams from seven countries.

“We get no academic credit for this, whatsoever, this is all extracurricular,” said Blaine Liukko, the Engineering Club president. “This is the Engineering Club that we built to further ourselves. We learn so much in the classroom and in the labs, but this gives us the ability to design and be creative. It allows us to be engineers.” 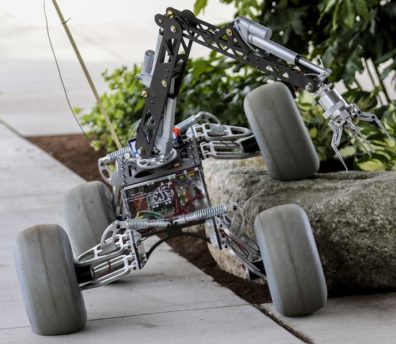 The WSU Engineering Club in Everett started in the last school year and entered the University Rover Competition, but the club didn’t make it through the preliminary phases. This year, the club made the cut to be invited to the competition to be held June 2-4 at the Mars Desert Research Station in Hanksville, Utah.

Liukko and Robert Blosser graduated in early May from the WSU mechanical engineering program but held off on their job search. They and other students continued coming to campus, working 5 a.m. to 10 p.m. days to complete the last details.

The rover, named simply Rover 2 — since this is the second one that the club worked on — will need to undergo a series of tests at the competition including showing how well it traverses rough terrain as well as how it can help an astronaut by delivering tools and flipping switches and opening up valves.

The rover will also need to make soil analyses while in the competition. The Engineering Club students will control the rover during each of these tasks at times from as far as a half mile away.

With the exception of the tires, bolts and battery and a few other pieces, the Engineering Club designed and manufactured every piece of the rover.

The students went to companies around the area asking for parts and material to build Rover 2. Janicki Industries in Sedro-Woolley and Boeing gave the students carbon fiber for some of the rover’s body. Pacific Power Batteries in Everett donated a 5-pound lithium ion phosphate battery for the power source.

The students also needed help with money for travel expenses. WSU alumni as well as other businesses including Mukilteo’s Electroimpact donated nearly $4,000. To donate to cover the students’ costs, click here.

Many of the clubs competing in the contest include students with biology and computer science majors who could help with coding as well as figuring out how to test soil samples. The still-new WSU in Everett doesn’t have the luxury of a large number of programs yet so the Engineering Club students needed to learn those skills themselves. 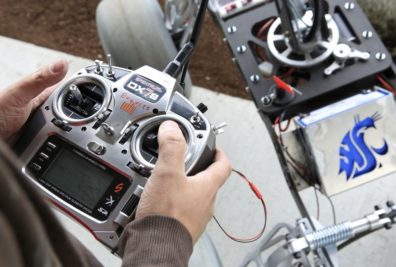 “I had to contact a lot of geo-technical engineers around the country to find out about digging into soil and doing some tests and how can these tools can actually measure the soil,” junior Phil Engel said.

The contest requires all of the rovers to be built for under $15,000 in costs; even donated materials need to be priced in that equation. Rover 2 comes in about $12,000, Liukko said.

This type of innovation — and what the students will do after they graduate — is why civic leaders have sought so long to expand higher education opportunities in Snohomish County.

It’s been good for students like Liukko and Blosser who went to community colleges in the county before transferring to WSU for their junior and senior years.

“That was my goal with going to college,” Blosser said. “I wanted to be able to pay for all of it and leave school with no debt and I’ve been able to do that. That’s a big testament to this program.”