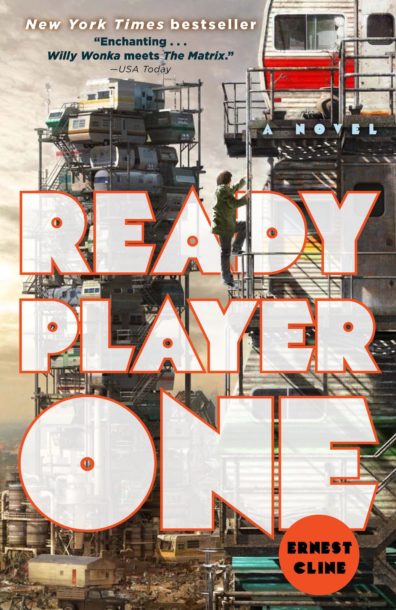 PULLMAN, Wash.—Washington State University has announced that two books are the 2017-18 common readings for thousands of students in first-year courses: Ready Player One, for Pullman, Tri-Cities, Spokane, Everett, and the Global Campus; and Spare Parts, for WSU Vancouver.

Both award-winning books were nominated soon after the call went out in September from the WSU-wide Common Reading Selection Committee. Its 14 members read and evaluated 34 books in total, all of which align with the program’s two-year theme of “frontiers of technology, health, and society.” Members recommended three finalists in February to WSU Provost and Executive Vice President Daniel J. Bernardo for the final selection.

WSU Vancouver Vice Chancellor Renny Christopher chose a different book from the nominations list, one that provides students there with a good transition from the campus’s 2016-17 book.

“Both selected books will allow our campuses to highlight cutting-edge innovations and applications of technology in a variety of fields, and to explore larger issues about the ethical dilemmas and changing sense of identity that arise in an increasingly digital world,” said Bernardo.

Christopher said, “Both books also highlight the importance of collaboration among diverse members of teams and the building of personal skill sets.”

The action in this book takes characters between the real world and the technological cloud. In year 2044, environmental fallout from global warming has led to social woes and economic miseries, with people seeking escape from reality in MMORPGs—massively multi-player online role-playing games. Teenager Wade Watts has devoted his life to the virtual reality utopia named OASIS, a simulation game created by a man obsessed with 1980s pop culture and who has hidden puzzles in the game with the promise of unimaginable fortune and power to the one who deciphers them. When Watts finds a clue, will he be famous, or the target of have-nots?

Why Ready Player One?

“Among the most compelling reasons for my selection (of Ready Player One) are that it has been used successfully (as a common book) at several peer institutions, it clearly appeals to a young audience, and most importantly, is it the first choice of the majority of the committee,” Bernardo wrote to Susan Poch, assistant vice provost and committee chair.

Poch said that one consideration for the committee is the availability of the author to visit campus in person as part of intense year-long programming around the selected book. More details will be forthcoming, but she confirmed that Ready Player One author, Ernest Cline, is scheduled to visit Pullman in August. A spoken-word artist, DeLorean car owner, classic video-game collector, and blogger, Cline also wrote the script for the 2009 cult film “Fanboys” and published a second book, ARMADA, in 2015.

Bernardo also noted one additional reason to select Ready Player One. “The book was published in 2011 and a movie release (based on the book) is scheduled for 2018. Using the book now makes it very timely.” His reference is to a film by the same name that has been in production in the U.S. and U.K. since July 2016 under the direction of Hollywood icon Steven Spielberg. The movie is set for a March 2018 release, which is mid-spring semester for WSU students using the book.

“Representatives from every campus and many academic disciplines look forward in the coming year to continue the concept of common readings being a ‘system-wide shared initiative,’” said Karen Weathermon, Common Reading Program co-director. “While common reading programs across the WSU system have long had many touchpoints with each other in terms of books and programming, we worked together more purposefully starting in 2016-17 to have increased collaboration and cohesion at multiple campuses.” [https://commonreading.wsu.edu/2016/05/06/wsu-common-reading-becomes-system-wide-shared-initiative-for-2016-17/#more-1200]

WSU student-learning outcomes associated with common readings are: Create a common point for new students to enter intellectual conversation; introduce students to the diversity of ideas and the intellectual life of a research university; and illustrate how a complex issue can be explored from a variety of perspectives.

The Common Reading Program began in 2006-07 in Pullman. Common readings are intended to provide students, faculty, and staff with shared text around which they can create academic discussions, learning opportunities, and special programming. Frequent guest lectures allow top WSU researchers and others to share their knowledge about topics raised in the year’s book. Read more at CommonReading.wsu.edu. [https://commonreading.wsu.edu/]