From Saigon to Snohomish County, Quan Vu is setting goals to achieve his American Dream

At 14 years old, Quan Vu made the pitch to his parents to move from Saigon, Vietnam to America. “At first, my family didn’t really want to move. I really wanted to come to America.”

His grandparents had already moved to Shoreline, so he had a place to land to before starting high school. So he moved, before his parents or either of his siblings.

“It was a hard process,” Vu said. He faced many challenges, from communication and making friends to other cultural gaps.

After graduating from high school, he attended Shoreline Community College, where he earned his associates degree. At the time, he did not know what was next for him. By then his parents had moved to America as well, and after a year off and some experience at his family’s new restaurant, he knew he wanted to pursue a degree in hospitality business management. The best fit for him was the Carson College of Business program at WSU’s newest campus in Everett. 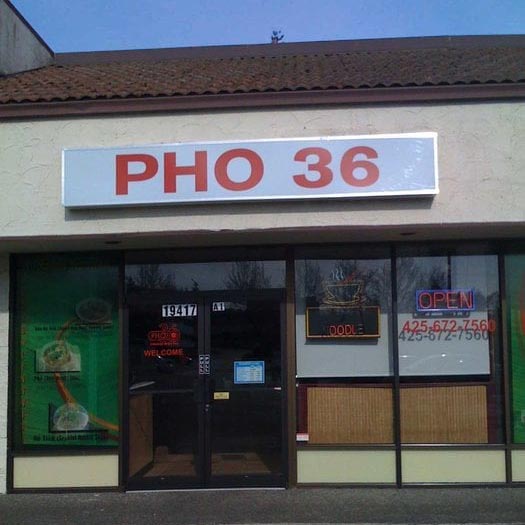 “For hospitality, other universities didn’t offer much. I went online and searched for the best hospitality programs in the state, and it was Washington State University,” Vu said. “The convenience of the Everett campus was important. I already had a job here at Tulalip Resort Casino and was the assistant manager at Pho 36 in Lynnwood.”

Vu says he is a very practical person, and the program at WSU made practical sense for his goals. “My classes at WSU Everett are really relevant to what I’m doing and what I want to do,” says Vu. “This program also gave me opportunities to meet with professionals who are already in the industry. The classes are an extended experience and provide deeper understanding into real-world hospitality situations.”

“The best part of being a Coug in hospitality is the people you meet and the experiences you get at such a variety of venues,” he said. “My friends at other universities have not had the same experiences.”

The program also provided the right balance given his growing career. “WSU’s hospitality program left a lot of room for me to both work and study at the same time, and both are very important,” Vu said.

Goals for the future

Having such a practical nature, Vu does not think in terms of creating his dream, but rather prefers to set goals for himself. They include investing and building businesses that promote art of different kinds. They also include building a franchise of restaurants here based on different soup recipes.

“People’s dreams reflect differences. In Vietnam, many people focused on getting a job to feed themselves and survive. In America, people want to do what they love and make a career path. Here that is much more crucial in living one’s life,” said Vu. With his degree in hand, he now has the opportunity to pursue those goals.

“My parents always pushed me to finish my degree, but they were a bit afraid. Now they are proud of me.” They clearly trust him, leaving him in charge of their two restaurants for several months while they visited Vietnam for business and vacation.

“They gave up their careers to move here and they are adjusting. My mom was in a good position as the director of a public relations company. My dad was the president of a fabric printing company. They gave it up because of me and my sister and brother,” Vu said. “I feel really proud of them and I owe them a lot. I’m so proud that they came over here and opened a restaurant right away to provide food for the family and a source of income.”