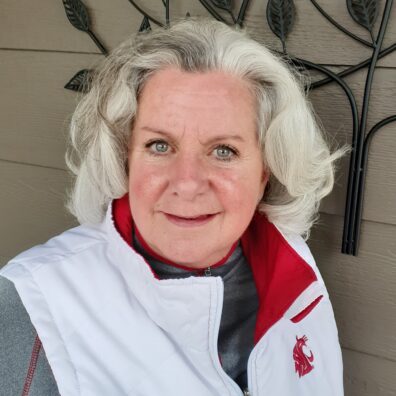 Have you been affected by gender bias at work? How did you overcome the challenge?
I went to college and grad school at the “beginning” of the women’s movement 1974-1982. Gender Bias (we called it chauvinism) was real as was sexual harassment and both were not illegal at that time. Women were second class citizens is SO many ways. My mother and grandmother were trailblazers, they were both college graduates. They modeled being proud to be smart and quietly defiant. They got things done.

What advice do you have for young women thinking about their careers?
My advice is get your education, don’t let people or circumstances keep you from your dreams, be resilient and persevere. There are many paths to your goal.

What woman in your life most inspires you? Why?
My biggest female heroes were my mother and grandmother, Margaret Mead, Jane Goodall, Maya Angelou and now my daughter and daughters-in-law. They are educated, quietly defiant, ambitious and successful.