As she gazes out her office window, Skagit County native and NASA aerospace engineer Amy Felt looks out on the legendary launch pad at NASA Kennedy Space Center where Neil Armstrong headed towards his first historic steps for mankind.

“I made a point of riding in both elevators just so I could say I’ve ridden in the same elevator as Neil Armstrong,” she said.

At NASA, she works as a fluid systems test engineer, supporting both NASA and private companies in the operation and design of propulsion, auxiliary power, hydraulic control, and associated ground servicing equipment hardware and software systems.

The group of engineers also collaborate with industry and government partners to design and oversee fueling operations, test fuel systems, and launch vehicles and spacecraft.

“The idea of sending something into space that I worked on is pretty awesome,” she said. “The interest in space exploration is growing, making things out here at Kennedy Space Center really exciting.” 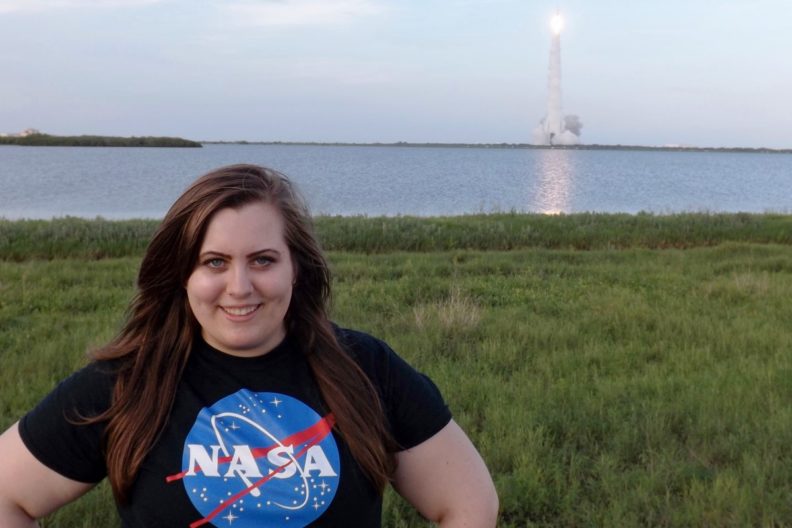 A path to NASA

Felt, a Mt. Vernon High School graduate, was introduced to engineering her junior year of high school through the Washington Aerospace Scholars program.

There, she met with people working in science, engineering, technology, and math fields and worked with a team to design a human mission to Mars.

“After that program, I knew that engineering was what I wanted to do,’’ she said. After earning her associate’s degree from Skagit Valley College and Everett Community College, she decided to attend WSU Everett, where she found small class sizes that were part of a fully accredited mechanical engineering program. With average engineering class sizes of about 30 students in the Everett program, Felt enjoyed more interaction with her professors than most public universities can offer.

“I know what type of learner I am and what sort of learning environment I excel in and I knew that WSU Everett would offer me what I needed in order to be successful,” she said. “I value knowing the faculty and that the faculty know my name, who I am, how I learn, and what I struggle with. All of this combined with the fact that I could live at home and commute to school offered a huge cost savings that was too hard to pass up.”

The innovative 2+2 model at WSU Everett allows for a seamless pathway for transfer students, which offers a significant savings on the total cost of a four-year degree. Students take their first two years at any community college before completing their junior and senior years with WSU.

Felt enjoyed participating in the Boeing AerosPACE program her senior year, in which her team designed an unmanned aerial vehicle to survey wildfires. She also participated in the newly formed WSU Everett chapter of Society of Women Engineers. 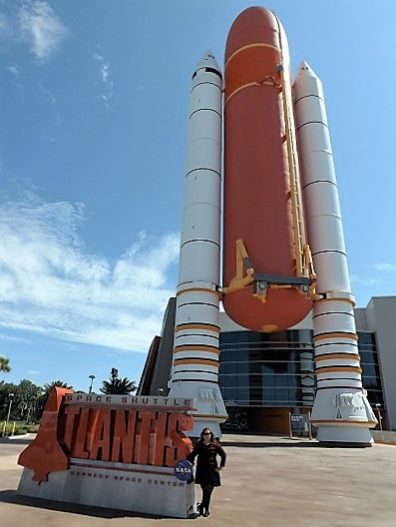 Felt gives credit to her professors for providing much of the support that she needed to succeed in getting her degree and launching a successful career.

“The mechanical engineering faculty at WSU Everett are very dedicated to student success,” she said. “Dr. Bi and Dr. Shu’s passion for teaching is clear and apparent in each and every lecture they give.”

A Coug engineer at NASA

Felt loves her job at NASA and envisions continuing the exciting and interesting work for many years into the future. Rather than sitting at a computer all day, she does hands-on work and gets to solve problems as they arise during testing and data analysis.

“I could easily see myself at NASA for the next 30 years,” she said.