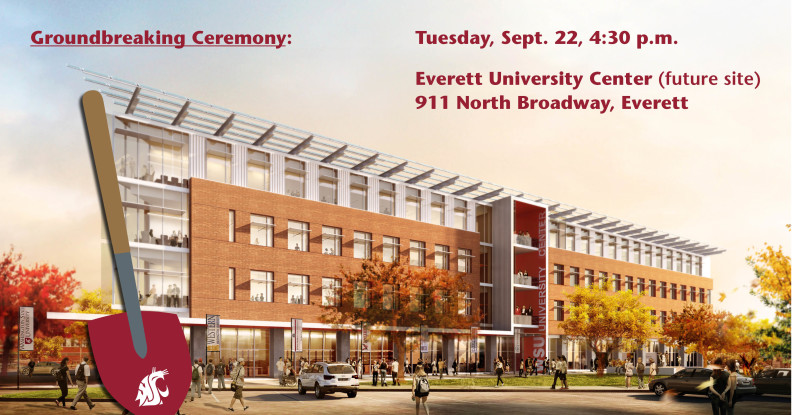 “This ceremony represents the success of more than 30 years of work by this community to bring access to high-quality, in-demand baccalaureate degrees to the North Puget Sound region,” said Drewel. “We are excited to share this important milestone for WSU North Puget Sound at Everett and our Everett University Center partners with the community.”

The Washington State Legislature recently approved $54.6 million for the new, four-story Everett University Center building, as well as funding for new WSU North Puget Sound at Everett degree-completion programs in software engineering and data analytics. The 95,000 square foot building is scheduled to be completed in the spring of 2017 and ready for students that fall.

“We are delighted to provide students with an array of hands-on baccalaureate programming that fits the needs of Snohomish, Skagit and Island counties,” said WSU North Puget Sound at Everett academic dean Dr. Paul Pitre. “We are bringing the best programs that WSU has to offer to Everett.”