“Elson Floyd was my friend and education partner who shared our vision to bring higher education opportunities to the citizens of Everett and the region,” said Mayor Stephanson. “President Floyd’s courage, commitment and action to bring Washington State University’s world-class higher education to our community will transform the lives of students and families for generations to come.”

The resolution recognizes Dr. Floyd’s impact on the decades-long campaign for a four-year higher education institution in the North Puget Sound region. “Elson Floyd crystallized the vision into a mission to serve students, families and the community through partnership, political poise, and a big-picture focus,” read the resolution.

WSU North Puget Sound at Everett academic dean Dr. Paul Pitre thanked the mayor and councilmembers for their support. “Elson S. Floyd was a remarkable leader, a giant in higher education, and an exceptional human being. The nationwide outpouring of love and support for him and his family is testimony to the impact he had on everyone he met,” said Pitre. “President Floyd would be proud to know that we are each championing the higher education dream that he dedicated his career to.”

The resolution celebrated that “[Dr. Floyd’s] influence has set the cornerstone for the City of Everett and the region for decades to come.” The resolution also urged the WSU Board of Regents to consider dedicating a university ‘commons’ designed within the campus development to Dr. Floyd as “a lasting tribute to his vision, remarkable foresight and commitment to students, families and citizens of Everett.”

WSU will hold the official university celebration of the life of Dr. Floyd on Wednesday, August 26 in Pullman at 3:00 pm in the Beasley Coliseum. 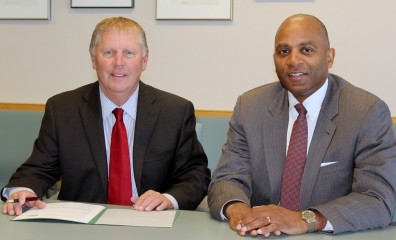